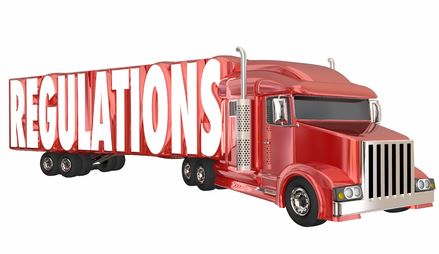 What kind of training should new truck drivers be required to have? According to the Federal Motor Carrier Safety Administration (FMCSA), they’ve come up with a final ruling that dictates minimum training rules for new truck drivers. The compliance date is still a ways off, though: February 7, 2020.

The mandate was set to go into place but got delayed when the Trump administration froze all pending regulations until further review this past January.

So what’s the deal with FMCSA’s rule anyway?

Breakdown of the Rule

It applies to 1) first timers going for their commercial driver’s license(s) 2) drivers who want to upgrade their CDL to another classification and 3) drivers who want a first time endorsement for hazardous materials or passenger/school bus operations.

Critics think this “rule”–which essentially doesn’t require a certain/set amount of hours behind the wheel–is a stupid waste of time and ink. It does seem to be weak for a rule, don’t you think?

The rule, which was mandated by a highway bill passed by Congress in 2012, is ultimately put in place in order to improve highway safety for everyone by ensuring that truck drivers properly demonstrate that they’ve mastered safe operation standards of the commercial vehicle they drive for a living.

Will the FMCSA rule matter much? Well, put it this way: more than 32 states as well as top CDL training schools already require new drivers to complete a set, minimum number of hours of behind-the-wheel driving. Many expect no less than 40 hours, which makes sense since you’d want a trucker to have many hours of behind-the-wheel practice in real-life situations, right?

The rule could be better, but for now states and companies mostly take care to train their drivers well and set forth decent standards.

In the old days of trucking, whatever AM (and later FM) radio station came in was what drivers would listen to as they crisscrossed America. So, if you were a Country music fan and there was a local station broadcasting Hank Williams and Loretta Lynn tunes you were in luck. Or maybe you’d catch the… END_OF_DOCUMENT_TOKEN_TO_BE_REPLACED

Since possessing a CDL (commercial driver’s license) means being held to a higher standard on the roadways, the implications of traffic violations can be more serious. Often times a standard traffic violation would just mean a fine, but for people with a CDL, it could mean losing the license and your job. A common misconception… END_OF_DOCUMENT_TOKEN_TO_BE_REPLACED