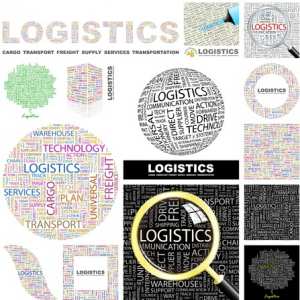 If only it were as simple as the trucking industry not having to comply with governmental regulations, right? The Senate is going to help figure out both the Department of Transportation budget and a highway bill whereas certain trucking interests are trying to make more money while sacrificing the safety of drivers. Therefore, a large contingent of groups are making their voices heard to say, “Wait a minute, don’t just give the money grubbers exactly what they want. Think of the safety of the people involved– both truckers and the general population affected by truckers.”

A letter has been written and submitted to the powers-that-be opposing any special interest anti-truck safety riders to the FAST act, a highway bill that wants to gut safety protections. The letter, sent to the Appropriations Committee leaders, is signed by reps from several groups, including Advocates for Highway and Auto Safety, Citizens for Reliable and Safe Highways, Parents Against Tired Truckers, Truck Safety Coalition, Road Safe America, the International Brotherhood of Teamsters, Federal Law Enforcement Officers Assn., the Trauma Foundation, and others.

At issue, as well, is the idea that governmental requirements will be determined by certain special interests in the trucking industry– focused on profit above all else. In this case, it seems like politics could win out over the will of the people, and that’s not good.

So Congress is put into the position of determining what matters more: trucking industry profits or public safety. Ideally, they should side with public safety.

Finally, it should be noted that Senator Barbara Boxer of California has sent a letter to the leaders on the Appropriations Committee asking them to oppose efforts to include a provision in the highway bill that would essentially “dock the pay of truck drivers” by superseding state labor and wage laws for drivers engaged in interstate commerce.

There comes a point in time where we need to start thinking about what we want to do with for the rest of our lives. Choosing the right career isn’t the easiest thing to do but there are ways in which you can make it less difficult on yourself and find your true calling. First,… END_OF_DOCUMENT_TOKEN_TO_BE_REPLACED

In recent years, between career fields that saw net position elimination and other industries that are stocked with an overabundance of job seekers and older employees staying in place longer, many people in the workforce have been looking at new and alternate career paths. One industry with ample opportunities is truck driving, which offers a… END_OF_DOCUMENT_TOKEN_TO_BE_REPLACED