Here’s some news from the land where movies are made: Hollywood, California… Movie studios utilize trucks to haul equipment for shoots in various locales around Southern California, and they’ve asked to be exempt from a new safety rule regarding electronic logging devices. An agency within the Department of Transportation has granted studios’ request to NOT have to install those devices in their trucks, since a production driver’s daily duties are quite different than other truckers who may make short or long haul trips. 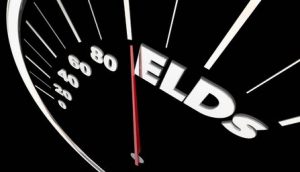 While electronic logging devices are designed to monitor when a driver nears their daily limit of hours to be driven– 11 hours (after 10 hours off duty) — movie industry execs believed that the rule that all trucks must have these devices should not apply to them… at least for now. Their exemption runs through January 2023.

Because the movie industry can be somewhat freelance in nature, and productions have odd working hours, sometimes drivers will drive for more than one production-related motor carrier in a typical week. This gets complicated. Drivers sometimes even switch carriers within a 24-hour time period. So, the movie industry trucking component is anything but traditional. If a driver changes companies, and the electronic devices aren’t all synced up, then it becomes a mess to keep track of who is who when and where.

Did you know about 6,500 commercial drivers are employed in California to service the movie industry? By NOT having to have electronic logging devices installed, the industry, as a whole, saves millions of dollars. Even Teamsters Local 399 supported this exemption.

Finally, The Federal Motor Carrier Safety Administration decided to grant the exemption due to the “unique aspect” of the drivers’ operations. They decided that a paper logging system, for now, is good enough and provides an “equivalent level of safety.” Perhaps they’ll re-address this issue in a couple years when electronic logging devices have been further developed, technologically-speaking. It will also be interesting to see if other industries with non-traditional schedules file for exemptions from this rule. In general, many truckers do not like being told they must have electronic logging devices. For now, though, it’s the rule for almost all of them.