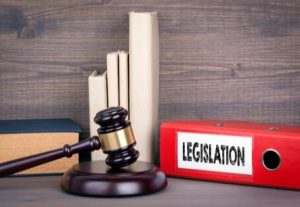 If you haven’t been paying attention, here’s some news that came about this past March. There’s something called the DRIVE-Safe Act, which is a piece of legislation meant to ensure that there are more well-trained truck drivers available, in order to fill the shortage of drivers in the trucking industry.

You can thank Congressman Duncan Hunter from California and Congressman Trey Hollingsworth from Indiana for getting the ball rolling on this one. With support from the International Foodservice Distributors Association (IFDS) and the American Trucking Associations (ATA), the DRIVE-Safe Act’s purpose is to permit people between the ages of 18 and 21 holding a CDL to drive commercial motor vehicles (trucks) across state lines. This allowance, available during and upon the completion of a two-step apprenticeship program, is a way to jumpstart recruitment among young people to become truckers.

So what are the two aforementioned steps?

Step one involves 120 hours on duty, of which 80 are driving time. During this probationary period, when young people drive interstate, they’re accompanied by an experienced trucker in the passenger seat. Core competencies must be demonstrated, and the young driver is NOT allowed to drive a vehicle with “hazardous” material placards.

How about step two? This is 280 hours, of which 160 are spent as driving time. This step is similar to the first, but more stuff is judged by the experienced driver riding with them, such as their coupling procedures, map reading skills, handling permits, etc. In this step, transporting hazardous materials is allowed under correct conditions.

The Importance of the DRIVE-Safe Act

Why is the DRIVE-Safe Act important? The U.S. has a driver shortage problem. At the end of last year, some 50,000 truckers were needed, and that number could go up if nothing’s done. With the DRIVE-Safe Act, high school grads are going to be more likely to go right into trucking as a career. In the past, they would have had to typically wait 3 years before they were old enough to cross state lines… so a lot of 18-year-olds didn’t pursue interstate trucking.

The DRIVE-Safe Act bill is in the first stage of the legislative process. It’ll be considered by committee next, before it’s possibly sent on to the House or Senate as a whole.