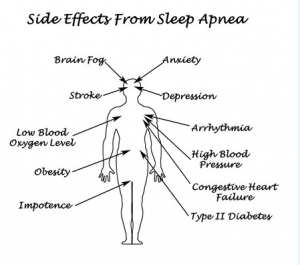 The online edition of the journal Sleep has something of particular interest to truckers in its March 21st edition. Turns out that a new study by the Virginia Tech Transportation Institute has found that truckers with obstructive sleep apnea who aren’t being treated/complying with treatment have a fivefold increase in the risk of a severe crash. Note the word “severe.”

Sleep apnea may seem like no big deal to many people, but the truth is there’s no wiggle room for truckers who have it. If you’re going to drive a big rig on the road, you’d better be adhering to a sleep apnea treatment program or else you might as well just quit. Indeed, 60% of participants in the research study quit voluntarily before they were discharged. Maybe they quit because they didn’t like being told they had to wear a breathing mask every night while they slept? Maybe they didn’t believe they even had a sleeping/breathing problem in the first place?

Interestingly, current federal regulations allow drivers to keep their sleep apnea diagnosis private, so you or someone you know could very well have it but not mention it. As we’d all hope, it’s important that those with sleep apnea use their machines while sleeping because that treatment is vital! It’s when truckers with sleep apnea get macho and say to themselves, “I don’t need this thing,” that things like, oh, severe crashes occur.

One of the problems facing the trucking industry today is that some trucking firms have an internal mandated treatment program for truckers with obstructive sleep apnea while others don’t. Therefore, drivers can easily go drive for a different firm that doesn’t take sleep apnea treatment seriously, and that can result in… severe crashes.

Ultimately, the data of the study covered in the journal Sleep doesn’t lie. To sum it up, if there were 1,000 truckers working for a year, drivers with obstructive sleep apnea who refuse treatment would have 70 preventable serious truck crashes compared to 14 crashes experienced by both a control group and by drivers with sleep apnea who adhered to treatment. For safety’s sake, truckers with sleep apnea need to adhere to their treatments, plain and simple.