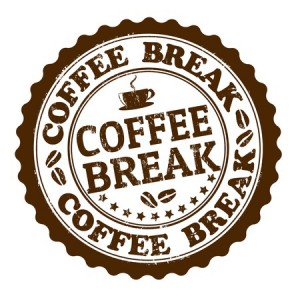 Where would truckers be without coffee (or other caffeinated drinks)?

The caffeine found in coffee is a legal stimulant that perks up tired drivers around the world. It’s a common and valuable drink for truckers who benefit from its positive physical and mental effects. Because it stimulates the release of dopamine, coffee makes people feel good. It also helps many truckers start their day or recharge their bodies and brains on long trips.

Truckers typically stop at truck stops like Pilot, TravelCenters of America, or Love’s for their coffee fix. The top three places to get coffee on the road include McDonald’s, Dunkin Donuts, and Starbucks. Other places for good coffee include Tim Horton’s and Cracker Barrel.

Coffee can be enjoyed sitting down in a restaurant booth, taking a break from driving, alone or talking with other truckers. And if time is of the essence, coffee can be sipped while driving thanks to modern day coffee cups and/or a trusty Thermos. On particularly cold weather days, a warm cup of coffee is one of life’s greatest pleasures.

Coffee saves lives. A University of Sydney research study conducted in Australia found that drivers who drank caffeinated beverages for the purpose of staying alert while driving had a 63% reduced likelihood of crashing their trucks, even after taking into account several variables like age and distances driven. Better to be alert thanks to coffee than asleep at the wheel, you know?

Truckers are well known for loving coffee. There’s even a slang term called “Truckers Coffee.” According to UrbanDictionary.com, it’s when someone chews coffee beans to get all the caffeine possible out of them, and then washes it down with an energy drink like Red Bull or Monster for maximum caffeine effect.

One thing’s for sure: most Americans, whether they’re truck drivers or not, rely on caffeinated coffee to help get them through everyday life. Coffee is a trucker’s great friend.

← What are CSA Reports and Who Can Pull Them?
What is a DOT Drug Screen? →